The History of Wholesale Stores in the U.S.

Creager Business Depot > Blog With Right Sidebar > Wholesale > The History of Wholesale Stores in the U.S. 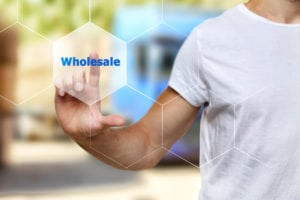 Wholesaling had an important role in the development of merchandise trade in the U.S. In early years, wholesalers distributed and exchanged goods by organizing weekly markets and opening small specialty shops. In the 18th century, the wholesaling practices gained momentum due to industry growth and expansion of transportation system resulted in the appearance of new shipping means. This led to wider product variety and building of bigger retail facilities.

The center of American merchandise trade was Chicago, where the first wholesale stores opened. By 1900, the city boasted 3300 wholesale dealers that generated an annual turnover of $1 billion on selling a large variety of goods. The leading wholesalers were companies run by John G. Shedd and Marshall Field. In 1887, Shedd opened a big wholesale store with all kinds of products that had1800 employees, while Field opened the first retail store for textiles and clothing that brought revenues of $4 million annually.

In 1954, Sol Price, an American entrepreneur, founded FedMart, a discount store that sold own-brand products at a lower price. Later, in 1976, he founded Costco, the first wholesale club in the United States, allowing people to buy a wide variety of goods, in large quantities and less costly including products like wholesale bar supplies and alcoholic beverages. By 2010, there are 3 huge wholesale clubs, with over 500 warehouses each, spread across the U.S. and abroad.