The History of Soda 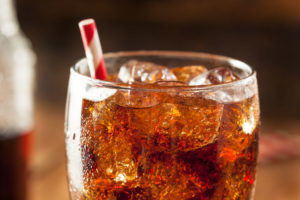 Soda has been around longer than most people think: the method of infusing water with carbon dioxide was invented in 1767 by Joseph Priestly, who sold the first carbonated drinks in a pub in Leeds, England. Initially, carbonated beverages were mostly available from drugstore because pharmacists were the professionals who possessed the knowledge of physics and chemistry needed for handling the process, but as drug stores gradually transformed into shops that sold not only medicines, but lots of other products as well and pharmacists turned toward new products to sell, bottled carbonated water was also invented, the first bottle having been sold in 1835 in the US.

Initially, carbonated water was flavored and used for making various medicines more palatable, then the soda was used as a base for refreshments. Root beer was introduced in 1876, followed by the first cola drink in 1881. Soon, there were lots of other flavors available on the market and manufacturing and selling flavored carbonated beverages quickly became a very profitable business to local businesses and beverage distributors Denver area.   Soda drinks used to have a very high sugar content, but the products that replaced sugar with other sweeteners appeared and became popular. Today, soda drinks are available in bottled form, from various types of fountains and dispensers as well.