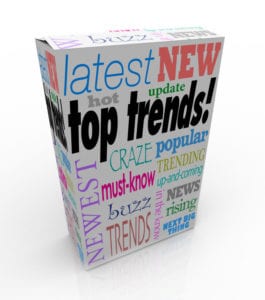 In the last decade vaporizing technology has improved a great deal and among the many types available, the vape pen, which is a smaller and thinner version of a portable vaporizer, has gained the most attention in the public space.

Before they became popular, the devices where only available as large desktop vaporizers which could only be used in homes or available in particular bars. Nobody wants to carry around a large vaporizer with them and this is where vape pens have made things much simpler. The main reasons for the rising popularity of vape pens are financial, convenience, and health reasons. Also, using one of these devices is not rocket science.

Vape pens come with many flavors to choose from and the appealing factor is that the flavor can be changed just by replacing the liquid inside. The devices also come in many different colors and shapes which can be used as an accessory to complement a person’s clothing style.  You can find them at wholesalers like Creager Mercantile of Denver and retail shops.

For alternatives to vape pens, there are also herb vaporizers which can be loaded with dry herbs, and wax pens which are loaded with waxy oil, with the limiting factor being that they can only be used in countries and states where it is legal.

Vaping is now a culture which is increasing each year and most of the people adopting this trend are millennials. The culture can be seen as beneficial because people who take part in this group help each other through difficult moments on their journey to quit smoking.