Mexico ships around the world, every year, goods that worth around $370 billion and more than 80% of these exports are delivered to the US & Canada. There are many retail products in our grocery stores that come from Mexico, even if we may not be always aware of this fact.  Although, it cannot compare to the Colorado soda company distribution throughout the U.S. and abroad. 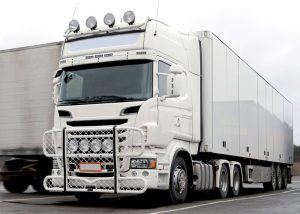 Here are some of the most popular Mexican retail products.

A very popular brand among beer lovers and highlighting a long tradition of beer production, Corona is made with some specific ingredients whose origin is not disclosed by the producing company.

A distilled alcoholic drink, made from blue agave and produced since the 16th century.

A favorite and addictive snack food, made from cornmeal, cheese and chili powder.

Yes, it was invented in Mexico, by an Italian immigrant. Originally, it was an improvised dish offered to friends, but it quickly caught up and became a worldwide sensation.

The Aztecs created chocolate, and Mexican chocolate today is made with cacao nibs, sugar, spices such as cinnamon, chili, nutmeg and allspice, nuts etc. that makes it different and very desirable.