How Does Vaping Work? 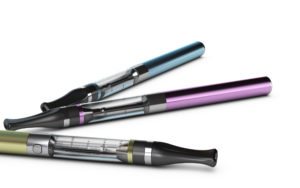 Electronic cigarette is a microelectronic vaporization tool that uses an advanced atomization system that are sold by Denver distributors to local businesses. Through this technology, the electronic cigarette generates vapors similar to the smoke produced by traditional cigarettes, by atomizing the liquid in the cartridge.

It seems that the concept at the base of electronic cigarettes was invented about 30 years ago. A primary version was used on American submarines, during the Cold War. The final form, which we know today, appeared only a few years ago.

The electronic cigarette is composed by three elements:

It provides power to the atomizer, and simultaneously starts a little light that mimics the incandescent tobacco.

This is a small container that must be filled with e-liquid.

Every time you inhale, a pressure sensor activates the battery that powers the atomizer (evaporator); it heats up and, under the effect of the heat, the e- liquid evaporates, creating vapors similar with the smoke. E-liquids may or may not contain nicotine, but either way, vaping satisfies the addiction to the smoking gesture.