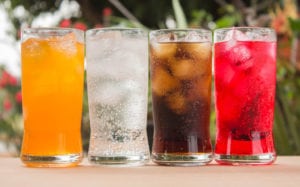 Colorado, as any other state, has its own soft drinks industry, whose beverages’ taste and flavor fit best the lifestyle of local population, the tradition and the environment.

The most popular soda is considered Izze, a locally produced sparkling fruit drink, whose breakthrough on the market happened in the early 2000’s. The fizzy beverage is available in a plethora of delicious flavors for all tastes, including: pear, apple, mango, blackberry, peach and, even, papaya. Over the time, its popularity increased with two brand extensions. The first one is a low-calorie drink, using fruit juice as sweetener. In 2008, appeared an apple- and grapefruit-flavored beverage, rich in vitamins C and B6.

Rocky Mountain Soda is a Colorado soda company with a large share on the market that features high-quality beverages based on natural ingredients. The company is popular due to such unmistakable flavors as: Palisade peach, Grand Mesa grape and prickly pear cactus. The specialty is sodas created from ingredients reaped right in the Rocky Mountain wilderness. These include: evergreen elderberry and birch tree with subtle, earthy flavors.

Other sodas consumed widely in Colorado are tropical lime and cherry cola, which are perfect companion drinks in a hot summer day. Ginger ale is preferred as a delicious refreshing drink, as well as for its pain-killing and cold-fighting properties.